For Buyers
For Sellers
Society News
BORN Series
APPLY TO JOIN
SIGN IN
BORN Series
AN ICON REIMAGINED FOR THE 21ST CENTURY: MEET THE NEW DEFENDER

Land Rover has revealed the New Defender with a dramatic live-action demonstration of its capability at the Frankfurt Motor Show.

The new 4x4 made its first appearance by descending an extreme 42-degree incline at the show – a feat broadcast live to a global audience of eager fans. The unstoppable New Defender is the most capable and durable Land Rover ever made and its debut in Frankfurt marked the end of its first adventure, to the Valley of the Castles in the Charyn Canyon, Kazakhstan – one of the most land-locked places on earth.

Professional mountaineer Kenton Cool drove New Defender in Kazakhstan and he was in Frankfurt to give the new model his seal of approval alongside Olympic medal-winning equestrian rider Zara Tindall. New Defender completes the Land Rover dynasty, joining the peerless luxury and refinement of the Range Rover family and the highly capable and versatile Discovery SUVs It will be available in 90 and 110 body designs, with up to six seats in the 90 and the option of five, six or 5+2 seating in the 110.

The range comprises Defender, S, SE, HSE, First Edition and top-of-the-range Defender X. Customers will be able to personalise their vehicle in more ways than any previous Land Rover, with four Accessory Packs. The Explorer, Adventure, Country and Urban packs each give Defender a distinct character to help owners to make the most of their world. Exclusive First Edition models featuring unique specification will be available throughout the first year of production.

Examples of every character were revealed at Frankfurt, showing the breadth of the Defender family alongside the versatile and durable commercial model, which will be introduced in 90 and 110 body designs next year. 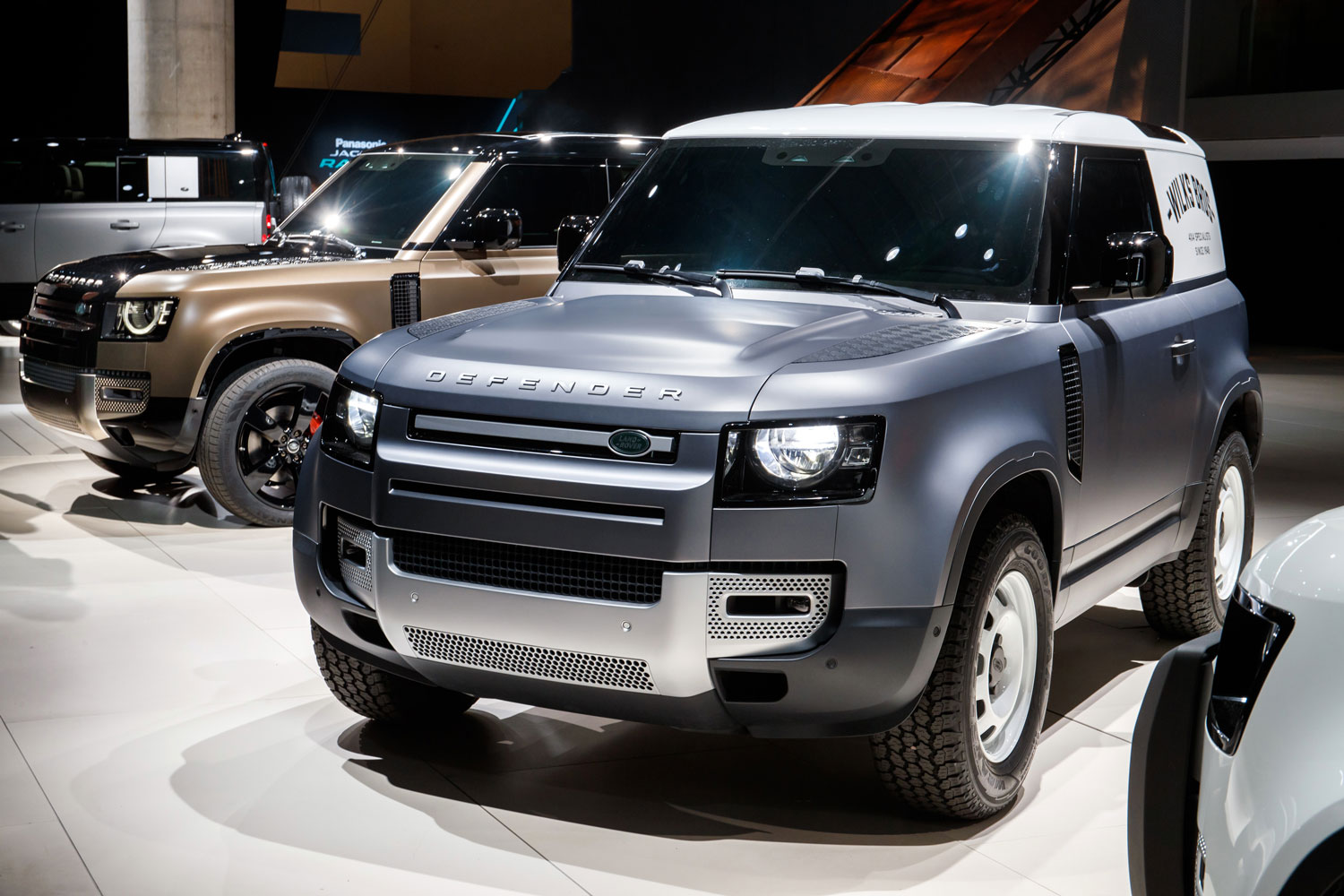 "New Defender will be available in 128 global markets and meets or exceeds the toughest emissions and safety requirements in the world. Combining advanced technology and durable mechanical underpinnings we have delivered the toughness and character you can only find in a Defender. With four personalities to choose from, two body styles and a comprehensive range of options and accessories, customers will be able to personalise Defender to make their ultimate 4x4 companion – whatever their lifestyle." Felix Bräutigam – Chief Commercial Officer, Jaguar Land Rover

"The Land Rover Defender, and Series models before it, have been the backbone of countless adventures going back more than 70 years. I was excited to begin a new chapter in the history of the world’s most iconic 4x4 by taking New Defender on its first expedition and the trip to remote Kazakhstan tested it to the extreme. I can say for certain that negotiating its way down the climbing wall in Frankfurt gave only the smallest glimpse of its amazing off- and on-road capability." Kenton Cool – Professional Mountaineer, Everest Ascents: 14 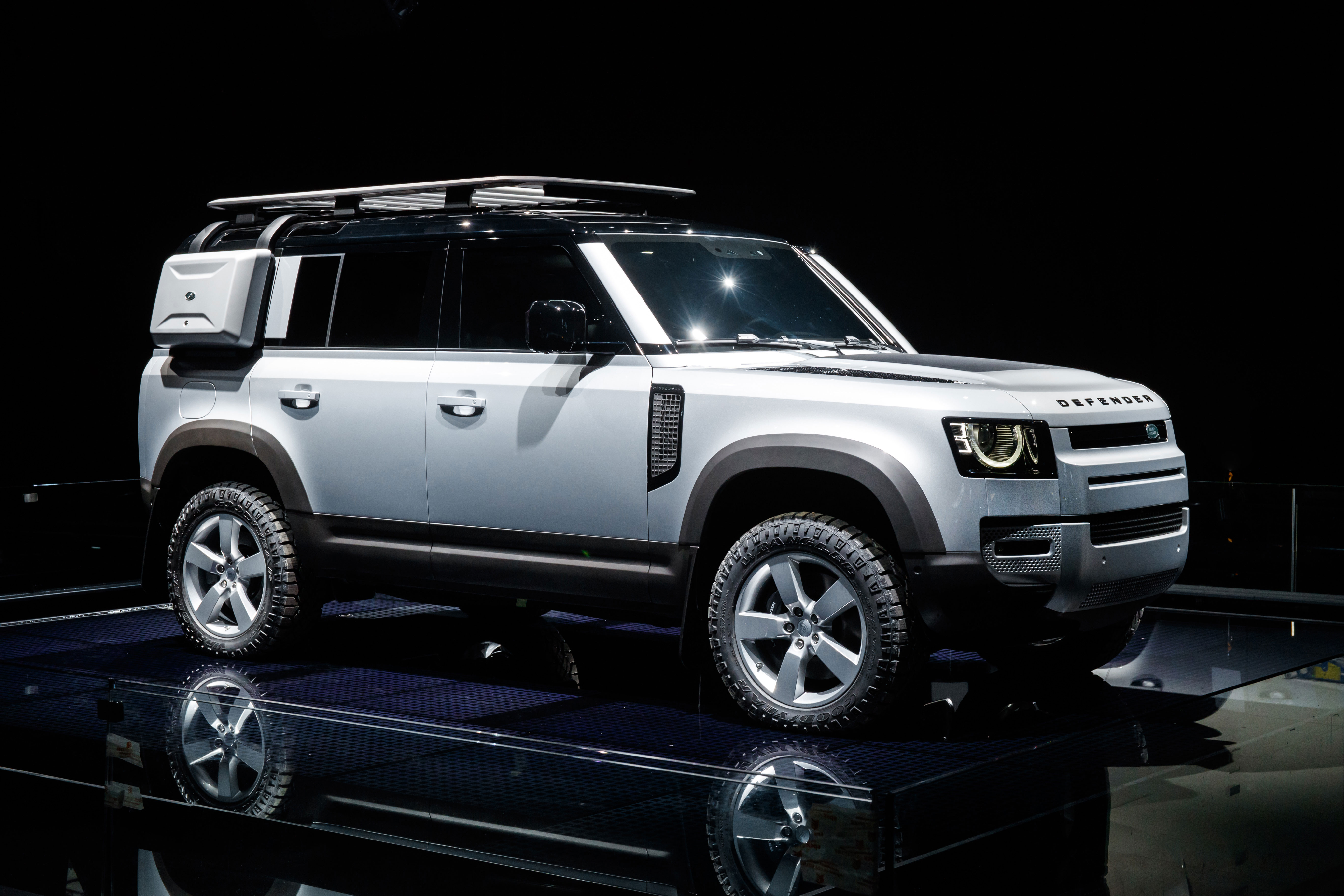 "The new Defender is respectful of its past but is not harnessed by it. This is a new Defender for a new age. Its unique personality is accentuated by its distinctive silhouette and optimum proportions, which make it both highly desirable and seriously capable – a visually compelling 4x4 that wears its design and engineering integrity with uncompromised commitment." Gerry McGovern – Chief Design Officer, Land Rover 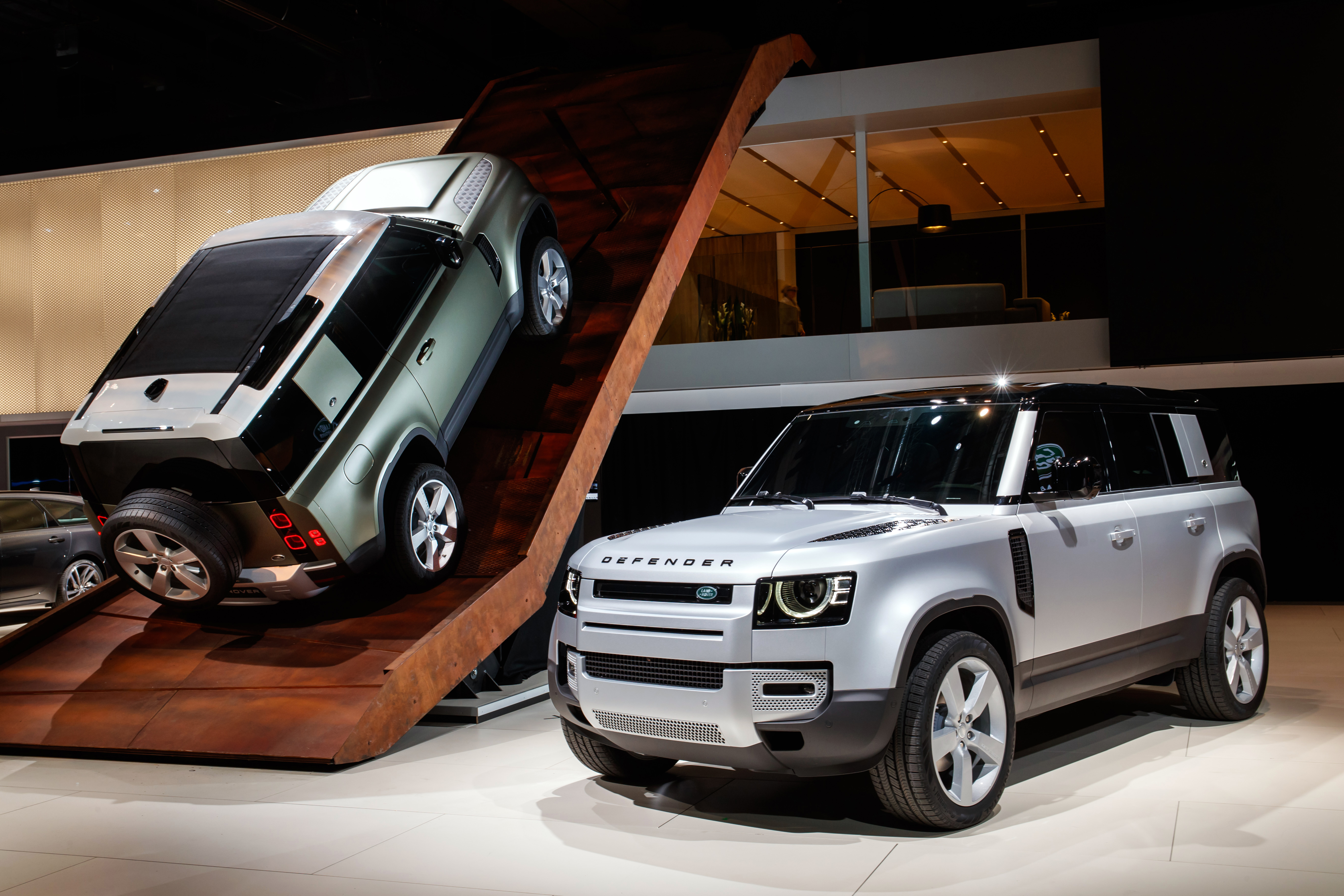 Land Rover’s new purpose-engineered D7x (for extreme) architecture is based on a lightweight aluminium monoque construction to create the stiffest body structure the brand has ever produced.

Three times stiffer than traditional body-on-frame designs, it has been engineered to withstand Land Rover’s Extreme Event Test procedures and provides the perfect foundations for the fully independent air or coil sprung suspension while supporting the latest electrified powertrains.

A choice of advanced petrol and cleaner diesel engines ensure New Defender has the power, control and efficiency for any environment, while a plug-in hybrid electric vehicle (PHEV) powertrain will join the range next year providing the prospect of silent EV-only progress. 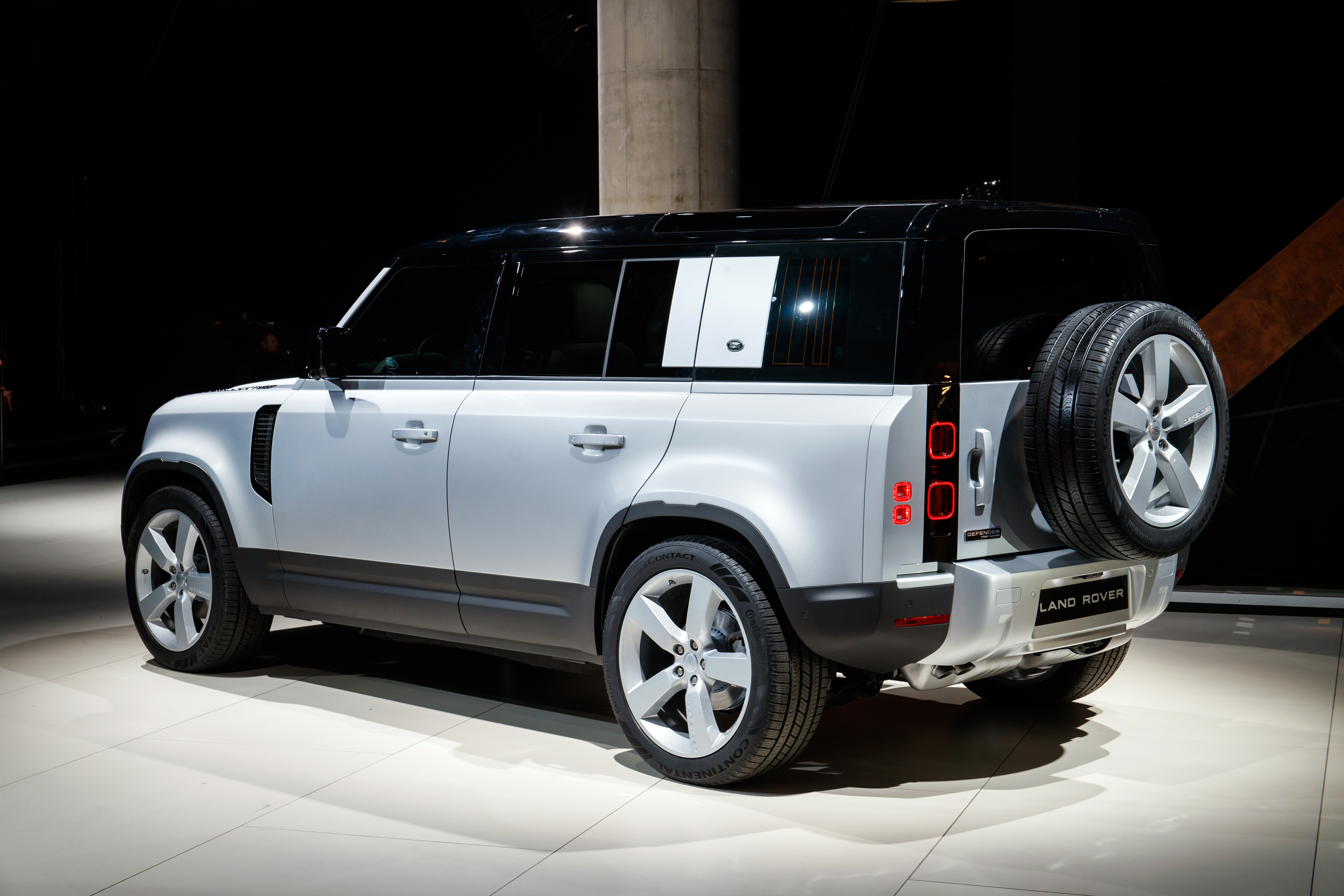 Defender is also the first Land Rover to feature Configurable Terrain Response, which allows drivers to fine-tune a range of settings to suit the conditions more precisely than ever before. A new Wade programme optimises the vehicle for fording – giving customers even more confidence when tackling flooded roads and tracks. Defender has a world-class maximum wading depth of up to 900mm.

Inside, the highly functional cabin design is marked out by exposed structural elements and 21st century technologies, including the state-of-the-art new Pivi Pro infotainment system. The next-generation touchscreen is more intuitive and user-friendly, requiring fewer inputs to perform frequently used tasks, while its always-on design guarantees almost instant responses. In addition Software-Over-The-Air technology, with 14 individual modules capable of receiving remote updates, ensures Defender customers always benefit from the latest software, wherever they are in the world.

"We've embraced Defender's stunning capability and minimalistic, functional interior to reinvent the icon for the 21st century. New Defender gives us the licence to do things differently, to push the boundaries and do the unthinkable, without ever losing the character and authenticity of the original. From the start we had an absolute obsession with functionality beneath the skin, from choosing the right materials through to state of the art connectivity. The result is not only the most capable Land Rover ever made, but also a truly comfortable, modern vehicle that people will love to drive." Nick Rogers – Executive Director, Product Engineering, Jaguar Land Rover

A Defender 110 wearing an International Federation of Red Cross and Red Crescent Societies (IFRC) livery was on the stand in Frankfurt, as Land Rover announced it will strengthen its humanitarian partnership with the IFRC by providing Defenders to join in the organisation’s Disaster Response vehicle assessment programme. All vehicles used by the IFRC have to complete the comprehensive process before going into service on active operations. 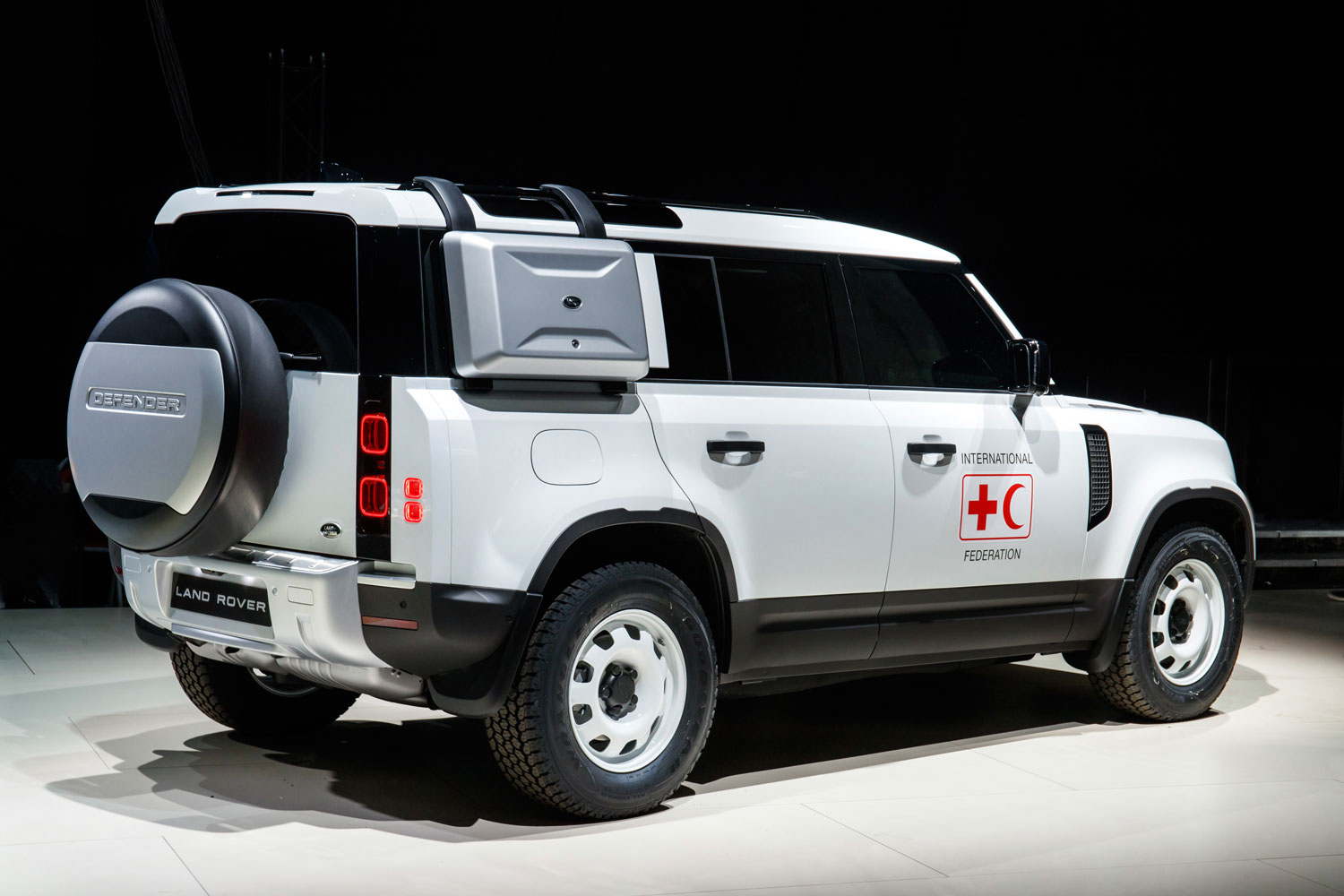 Land Rover's relationship with the Red Cross dates back 65 years: the first specially adapted Land Rover entered service in the Middle East as a mobile dispensary in 1954. Over the next three years, Land Rover will support disaster preparedness and response initiatives in locations including India, Mexico and Australia